Letter: What to do when the colonoscopy prep doesn’t work? 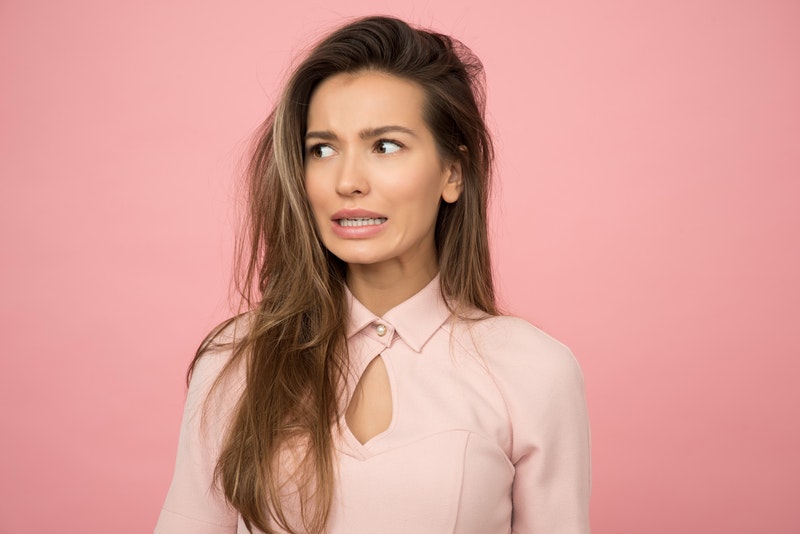 Hello, this is a note for Dr. Gandolfo. My name is (name redacted). We have never met; we don’t know each other. I’m not a patient; but I just so enjoyed your post A Gastroenterologist Cheats, etc. and I wanted to thank you and comment on it.

I am sure you are a super-busy doctor, but if you have a few minutes to read this, I would really appreciate it!

It is right now, actually 12:38 in Seattle, where I live, and I am right in the midst of prep myself. So here I am and thought “Oh I will read up some on the procedure and prep while I’m waiting to do the 2nd dose of Golytely” (or whatever it’s called).

It was interesting to me how you considered how hungry you get every morning upon waking, and that you asked yourself, ‘could you survive on eating nothing but clear liquids, and still do your job?’   And so, you had some yogurt, white bread, etc. I get hungry too upon waking, and I am a physically super-active person. And I think, in medicine in general, that patients will read instructions, or listen to their doctors, and then they will “tweak” whatever is said and consider how it fits into their lives.

I counsel many people, mostly women, on changing their lifestyles or diets to adapt to some health issue.  And I notice how important it is to listen to people, and find a way to integrate whatever the requirement is, into their lives. Not just to tell them “cut out sugar” etc. But to find options that  might work to encourage compliance.

Anyway, I don’t know if you call it cheating or not, but I adapted the prep and this is what I did (see below). But now? I did my first dose of the split dose of the Golytely prep thing at 6:35 pm in Seattle. Now it is 6 hours later. SIX HOURS. And no reaction. Nothing. No cramp, no going, nothing. Absolutely nothing. That is weird. I was so filled with anxiety about this whole thing. I was expecting to be “running,” but “nothing!”

So, what did I eat or how did I cheat at all? Over the weekend, what I ate on Friday and Saturday were eggs, plain yogurt, white bread, a little peanut butter, banana, and applesauce. This is “totally and entirely” different than the way I normally eat. I never ever eat a low-fiber diet, I generally don’t eat bread, nor banana. But I did it…kept it low-residue.

Over the course of Sunday morning, before 11 am, had 3 cups of whey protein drink mixed with water. Since then I had all clear liquid, Gatorade, apple juice, white grape juice, a little coffee. That is all I had Sunday.

It’s now Monday, a bit after midnight. I don’t know what’s going on, and I’m not asking for medical advice, just chatting and sharing to say I thank you for your post. I know a lot of doctors will work in certain fields, but then they don’t always experience what they actually do.

I had a very close friend who was a physician. Yet he knew nothing about what to do when he was diagnosed with type 2 diabetes. So he had to ask me what he should eat. I get it though, just because a doctor is a doctor doesn’t mean they have first-hand experience with every situation. The knowledge they have is either learned in school or through patients, but not necessarily first-hand.

Thank you for the interesting letter! From what you wrote, I’m hoping that the first dose kicked-in by the time you were ready for the second dose and everything, um, “came out” OK! It seems like you did a good job at following a low-fiber diet for a few days leading up to the prep, and did not eat any real food the day before the procedure. The prep should eventually work. Everyone processes bowel prep at different rates. If your normal bowel habits tended towards constipation it may take a little longer to clean out, but only in very extreme cases* does severe constipation lead to absolute failure of the bowel prep.

Sometimes if I am planning on a colonoscopy and I know the patient is on the constipated end  of the spectrum, I will ask the patient to take a 10 mg dose of Dulcolax (bisacodyl) the morning before the procedure, several hours before starting the liquid bowel prep. This will often “kickstart” the bowels and when it’s time to drink the real prep everything works much nicer.

But what if it’s too late? If you’re reading this while in the midst of a potentially failed bowel prep don’t despair! There are many ways to salvage a bowel prep and still have a safe, high-quality colonoscopy the next day. It all depends on what time you take action; If you wait until 2 hours before the procedure is scheduled than yes, it’s probably too late to do much. However, if you’re already having issues the night before you can totally recover from this and be fine. This is what I usually recommend:

“I drank the first dose of the prep and nothing happened.” I usually tell patients to wait a several hours before panicking. If you are like the above patient and have waited 6 hours and there is no bowel activity whatsoever then at that point I would recommend taking either 10 mg of bisacodyl by mouth, or giving yourself an enema. If you’ve done all that and still nothing then it’s probably time to call your doctor and ask for suggestions.

“I drank the first dose of the prep but vomited most of it up.” Unfortunately, you will need more prep then. This usually requires a phone call to the doctor explaining the issue and often an alternative prep is recommended. In selected patients, I would usually recommend Miralax prep or using magnesium citrate instead–both of which can be purchased over the counter.

“I can’t drink the first dose of the prep because it tastes horrible! Yuck!” Try putting the prep in the refrigerator and making it as cold as you can tolerate. Much of the taste disappears when you really chill the prep. You can also call your doctor to see if an alternative prep is an option for you. Ultimately this is also a case of mind-over-matter…it’s unpleasant but sometimes you just have to do it anyway!

Want more? Check out my video on how to do the colonoscopy prep THE RIGHT WAY!

“I drank both doses of the prep and my bowels are still not clear” This is a common issues with some bowel preps. It really depends on what time this happens. If you did all the prep the night before, then there is plenty of time to follow the prep with a bottle of magnesium citrate and a large volume of clear liquids. If you notice that you are not clear the morning of the procedure, you can still drink magnesium citrate but really need to finish drinking it about 4-5 hours before the procedure is scheduled to start. This gives it enough time to have an effect, and also keeps you well within the 2 hours safety window for ingestion of clear liquids with respect to receiving anesthesia. However, if the procedure time is close (2-3 hours away)  and you’re still not clear, then the only real option is to give yourself an enema or two. You can always reschedule the procedure if you have to, but realize that you already completed the bowel prep and will therefore have to do the entire prep again if you need to reschedule!

I am glad that I have first-hand knowledge of bowel prep and can help my patients through the experience, but just for the record I am not stating that all gastroenterologists need to subject themselves to the joys of a bowel prep just to see how it works! If we applied that logic to other specialties we would have surgeons getting their gallbladders removed just for the experience, oncologists getting chemotherapy for no good reason, and anesthesiologists experimenting with some serious drugs all in the name of science. Probably not the best idea (unless you ask the anesthesiologists…just kidding)! I do understand what you are saying however…it definitely helps me function better as a gastroenterologist having been on the other side of the scope 🙂

*Extreme cases such as severe chronic slow-transit constipation, previous abdominal surgery, bowel adhesions, strictures, or obstructions, opiate pain medication use, and patients with a history of fecal impaction to name a few.

New Year’s resolutions are WEAK! If you really want to change, start today!