What is the real risk of colon cancer after a positive Cologuard test? 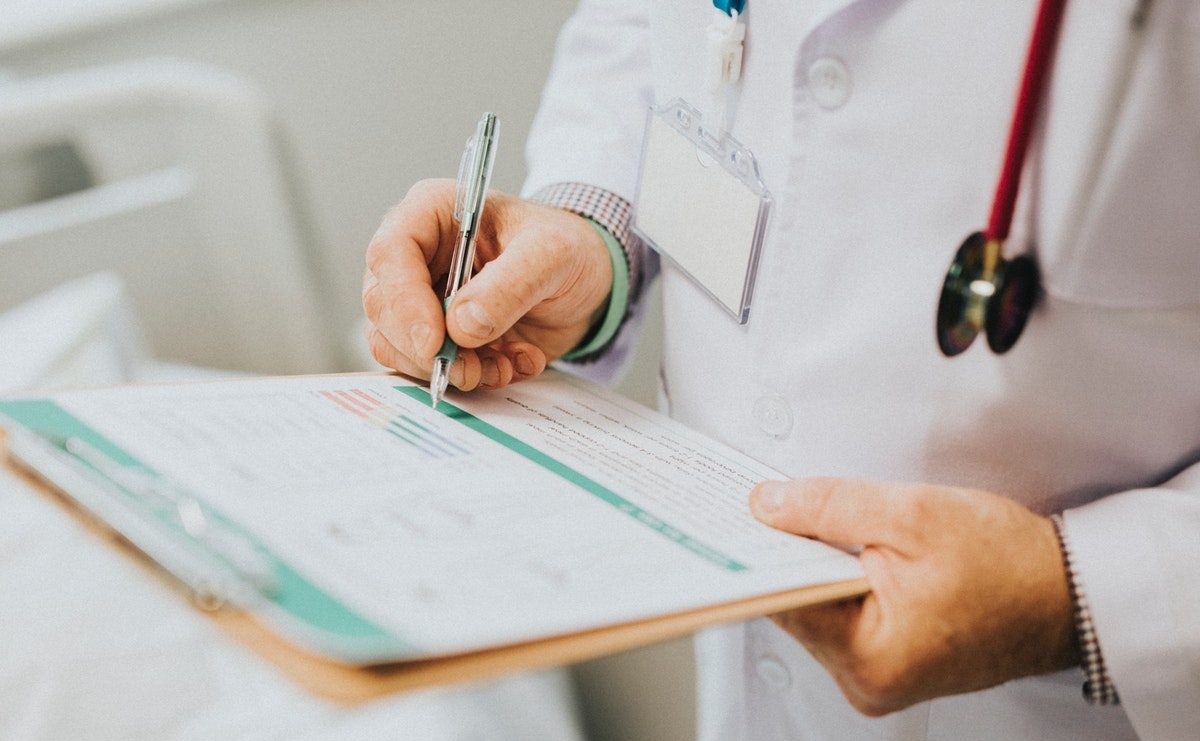 In clinical medicine, we are taught the important principle of using disease prevalence (how many people have the disease in question during a specific point in time) to frame the way we think about what is likely to be wrong with the patient in front of us. For example, the prevalence of malaria is high in sub-Saharan Africa, and quite low in Maine. If a patient presents to a doctor in Maine with a high fever, the doctor may know that a cardinal symptom of malaria is fever, but would also know that the risk of his average patient in Maine of having malaria is about 0.00000001% since the prevalence of malaria in Maine is virtually zero.

Determining the pre-test odds and the post-test odds of your patient having a disease is something we clinicians do intuitively hundreds of times per day when taking care of patients. It is also one of the places where patients can get into trouble when doing their own “Google research” or trying to interpret their own blood test results, where every rare disease and outcome seems just as likely as the next.

There are mathematical and statistical methods that are used to derive the chance of someone actually having the disease tested for when the test is positive. This situation is called a “true positive” (in contrast to a “false positive” which is when the test comes back positive but the patient does not actually have the disease tested for). But where do these numbers come from?

The Cologuard test is a non-invasive stool test designed to predict the chance of a patient having colorectal cancer. Overall, Cologuard is a decent test but is plagued by many false positive results (the basics of the test have been covered here previously). In the following original article, Dr. Douglas Cooper takes us on a deep-dive into the statistics and derives the mathematical odds of actually having colorectal cancer if you have a positive Cologuard test.

As you may know intuitively, when the prevalence of cancer increases in the community, so do the odds of having cancer when the Cologuard test is positive. Dr. Cooper has shown below that the actual risk of cancer with a positive Cologuard result may be quite a bit higher that the usual cited risk of 4%. The ultimate message remains the same however: A positive Cologuard test needs to be followed by a colonoscopy (the gold-standard test) to either diagnose or disprove the presence of colon cancer.


A Bayesian Interpretation of a Colon Cancer Screening Test (Cologuard)

The result of a screening test for colon cancer is often interpreted from the sensitivity of the test, the probability of a positive result given that the patient has cancer. Bayesian analysis, performed here, answers the more pertinent question, the probability that the patient has cancer, given the positive result. The analysis is performed for a range of prevalence of colon cancer and analogously for a negative result. For example, the Bayesian estimate of the probability the patient has colon cancer, from a positive test result on a Cologuard test with a sensitivity of 92%, for an assumed 4% prevalence, is 23%, quite different from the both sensitivity and the prevalence. The Bayesian analysis is shown to be consistent with a particular interpretation of a standard two-by-two table.

As noted by Anderson and Ahlquist (2016), “Globally, gastrointestinal (GI) malignancies account for roughly 40% of all cancer deaths.” They make a case for improved screening techniques: “effective early detection methods are needed desperately.” We would add that correct interpretation of those screening techniques’ results is also important.

If one takes a screening test, like the Cologuard test, that has a 92% probability of correctly identifying colon cancer, and the test result is positive, does that mean the probability is 92% of having colon cancer? No, one needs a statistical technique, Bayes theorem, to find the right answer, which in the case of colon cancer is much smaller than 92%, but larger than the few percent prevalence in the general population.

Bayesian statistical analysis allows us to update prior probabilities using new information. Dan Morris and Mark Koning (2016) illustrated the fundamental Bayes formula for analyzing the degree to which a positive result on a test (+), such as exhibiting certain symptoms, indicates one has the condition (F); for example, whether one has the flu (or colon cancer). Here are the equations for one of their examples, testing positive for the flu:

P(F) = probability of having the flu, in the general population

P(F|+) = probability of having the flu, given the test is positive

P(+|F) = probability of having a positive on the test, given the flu

P(+) = probability of positive on the test, in the general population

We have put P(F) in bold-face, as it is our prior (naïve) estimate.

The ratio multiplying it, P(+|F) / P(+), might be considered a magnifier (not always greater than 1, however) that adjusts our “prior” P(F) probability (likelihood) that we have the flu by incorporating the information that we have tested positive (+), producing a “posterior” probability we seek, P(F|+).

Recently, we had to decide whether to have a patient undergo a colonoscopy to check for cancer. Because she is quadriplegic and on a ventilator, it is awkward to do such a test. We used the Cologuard screening test to get a preliminary assessment, and the test was positive. We took the advice of our gastroenterologist and had a conventional colonoscopy done. In an article by Frederick J. Gandolfo, MD, “What does a positive Cologuard test mean?”, he too recommended the conventional colonoscopy when the Cologuard test is positive.

We have now used Bayesian statistics to analyze this situation, and the analysis should be appropriate for others, as well. In the Thirteenth Edition of their book Statistics, James T. McClave and Terry Sincich provide the following Bayes formula (we have made some changes in notation):

The Bayesian estimate from the positive test result is almost seven times the assumed 0.7% prevalence.

The positive test result Bayesian multiplier (here, 6.8) raised our estimate of the probability of colon cancer from 0.7% to 5%, supporting getting the colonoscopy, which turned out to be negative (no cancer detected).

Given the false negative rates, one can carry out a similar analysis for the probability of having colon cancer, given a negative screening test result (-):

Thus, the negative screening result would decrease one’s expected probability of a colon cancer by a factor of about ten, under these assumptions.

Gandolfo (2016) notes the added value of a colonoscopy for detecting precancerous polyps, which are much more frequent than cancers (51% vs. 4%) and often warrant removal, so even a negative screening result might still lead to choosing a colonoscopy.

The screening test gives added evidence of whether a colon cancer is likely to be present. It is notable that the “snapshot” prevalence of colon cancer was only 0.7% in the 10,000-patient Imperiale et al. test group. Presumably, a significant number of the cancer-free patients will later develop cancer, as indicated by the 4-6% lifetime incidence rates normally cited for colon cancer.

Table 2. Corrected (Bayes Theorem) probabilities of having colon cancer (F) or not (F’), given positive (+) or negative (-) test results

Two-by-two tables are more familiar than Bayes theorem analysis to many, and they are explored here for a hypothetical screening test having the same sensitivity (0.92) and specificity (0.87) (see Table 1) as the Cologuard test, operating on some hypothetical cases of a condition F or its absence, F’.


The 80/1000 = 8% false-negative (FN) rate (1-sensitivity) may lead to not treating the “condition” for these people, though all actually have it. The 92% true positive (TP) rate means these patients are likely to be identified and treated.

Next, we investigate a case of a “rare” illness, with a prevalence similar to that of colon cancer.

A fraction, 4 of the 50 (=4/50=8%) who were hypothesized here as sick were misdiagnosed by the test as being well and probably would not get treatment. 826 of the 1000 tested would have correctly been spared treatment.

The values in this last two-by-two table can be converted to probabilities by dividing each by 1000. Doing so shows how to prepare such a table with fractions rather than counts.

Using the two-by-two table, and the values at the margins, one can find the desired result of the probability that one is sick, given a positive test result, P(F|+)=46/170=0.271. This is exactly the result achieved previously using the Bayesian analysis for 5% prevalence and the Cologuard sensitivity and specificity values (see Table 2).

The same result can be obtained using a traditional two-by-two table when analyzed as indicated here.

Dr. Cooper was an Associate Professor at the Harvard School of Public
Health and was elected a Fellow of the Institute of Environmental Sciences
and Technology. In 2000, he retired early, partly to help care for his beloved wife, now quadriplegic from multiple sclerosis. He can be reached by email at douglas@tingandi.com.

Video: What is Health?