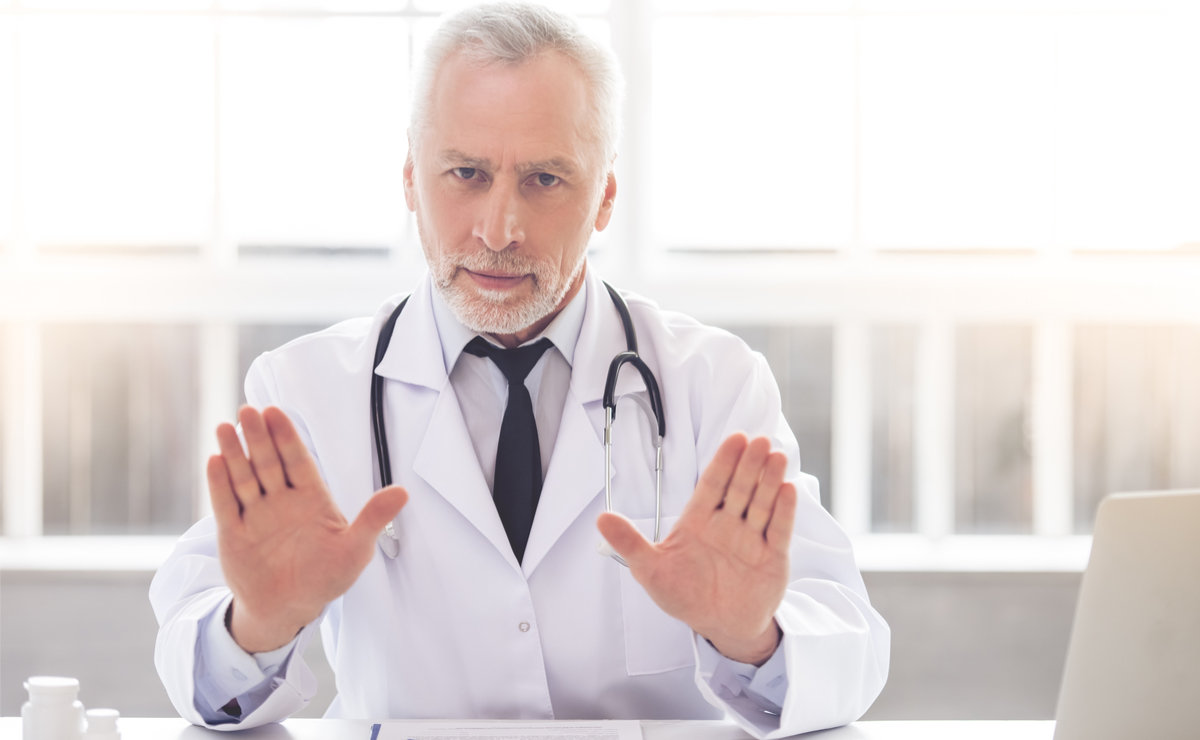 Did you know that the traditional doctor’s white coat that you probably associate with your physician actually was a look that doctors “borrowed” from another profession? Back in the early days of doctoring, to add some perceived legitimacy to the title physician, the white coat look was adopted from our colleagues in the hard sciences who did actual experiments in the lab. If you recall, what we doctors call a “white coat” is actually just a simple lab coat, worn by chemists, pharmacists, and the salespeople behind the Clinique counter at Macy’s for years!

Until the late 1800s, physicians mainly wore black because by the time a doctor was on the scene, the overall situation was usually rather grim. At that time in history, medicine was not really a science yet: Real treatments for disease were scarce, and surgical procedures were performed in street clothes. There were no antibiotics and we didn’t yet have knowledge of the whole antiseptic thing yet. When someone got sick, sometimes a serious-looking man dressed in black would appear, and the patient would often die soon after.

This all changed around the turn of the 20th century, when the concept of disease-causing bacteria and the prevention of contamination by proper antisepsis took hold, first in Europe and then several years later in the United States. Physician dress code changed accordingly, and the new clean white coat look was born.

I’ve written about white coats before. While the white coat is still the main symbol associated with physicians, it is hardly worn by physicians only! In fact, walk through any hospital and you will see an army of white coats wherever you go. White coats are now the default garb for hospital discharge planners, chart compliance reviewers, social workers, nursing administrators, and nearly anybody else who may come across a patient. In the past, my view of white coats was more myopic and territorial, perhaps due to the great pains that we physicians have to go through to earn our long white coats. Now that I am older and wiser, I have come to a different conclusion: White coats should not be worn by physicians any longer, and should only be worn by people who don’t need to physically touch patients as part of their daily work in the hospital!

Why do I feel this way? Well, it turns out that white coats are rarely washed, and could spread disease from patient-to-patient in the hospital setting! The ability of clothes such as white coats, neckties, and shirts to become colonized with bacteria when coming into contact with patients and hospital surfaces has been known for some time now. One study found that up to 42 percent of white coats worn in the hospital tested positive for potentially harmful Gram negative bacteria! So if you care more about not spreading disease to your already-sick patients in the hospital more than you are worried about maintaining your traditional professional appearance, it would be wise to ditch the white coat!

For all the white-coat aficionados out there, one possible solution to the problem would be to wash the beloved white coat more frequently. The correct frequency to wash the coat would need to be daily however, since we know bacterial colonization of clothing happens after just a few hours of wear in the hospital! But who will wash all these white coats? And what doctor has time to deal with the daily exchange of a dirty white coat for a clean one? Is washing hundreds of thousands of white coats on a daily basis across the country a good sustainable approach to the problem? Think of the cost to both the environment and the economy…sure it will create a handful of new full-time jobs in the laundry department at every hospital across the country, but now we are approaching the definition of absurdity…

Now in all fairness, the white coat is only a small part of the problem of spreading disease in the hospital. Poor hand hygiene is probably the number one offender, followed by stethoscopes, blood pressure cuffs, neckties, hospital privacy curtains, phones, tablets, and computers–just to name a few things that can spread germs from patient to patient!

But what about when we are forced to wear white coats? Most hospitals have a policy that operating room scrubs cannot be worn outside of the operating theater without being covered up by a white coat! This policy is said to be necessary to comply with some rule mandated by one of the regulatory bodies that govern hospitals. Does it make sense to require that we don a germ-laden and rarely washed garment to cover our presumably clean scrubs, with the intention of keeping our scrubs clean and avoiding germs? Perhaps instead of covering up with a dirty white coat, we clinicians who wear scrubs should wear a disposable surgical gown instead, much like our anesthesiologist colleagues do when outside of the operating room.

To address the issues above, some countries in Europe have adopted a “bare below the elbows” dress code for clinicians. This keeps the pesky germs off the sleeves of the long white coats, and makes hand-washing easier too. Perhaps we should adopt something like this here in the US. Then if you are the professorial-type of doctor and want to get more formal, but also recognize the fact that long neckties drape all over the place and act as a virtual Petri dish around your neck, you can always wear a bowtie. Short sleeves and a bowtie…the new fresh look for doctors everywhere! (A pocket protector is optional).

Mindful eating for the 21st century

What is the real risk of colon cancer after a positive Cologuard test?