Can you eat seeds, nuts, and popcorn if you have diverticulosis? Can diet prevent diverticulitis? 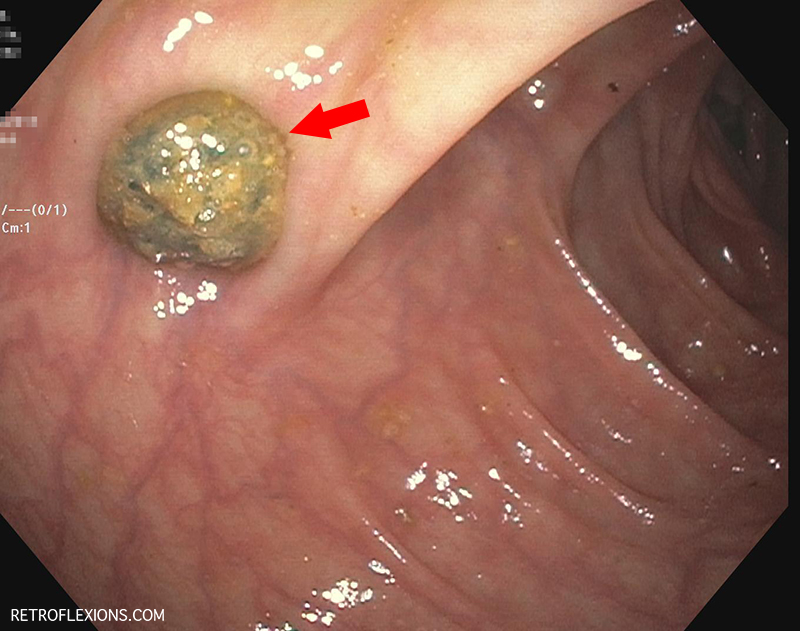 Diverticulitis is a common and sometimes serious problem that affects several hundred thousand people each year. Diverticulitis is the condition where small outpouchings or “pockets” in the wall of the large intestine called diverticula become inflamed and infected, and typically presents as a constant lower abdominal pain, associated with fever or chills, and often bloating or constipation symptoms. Despite becoming even more common in recent years, not much is understood about why diverticulitis occurs. 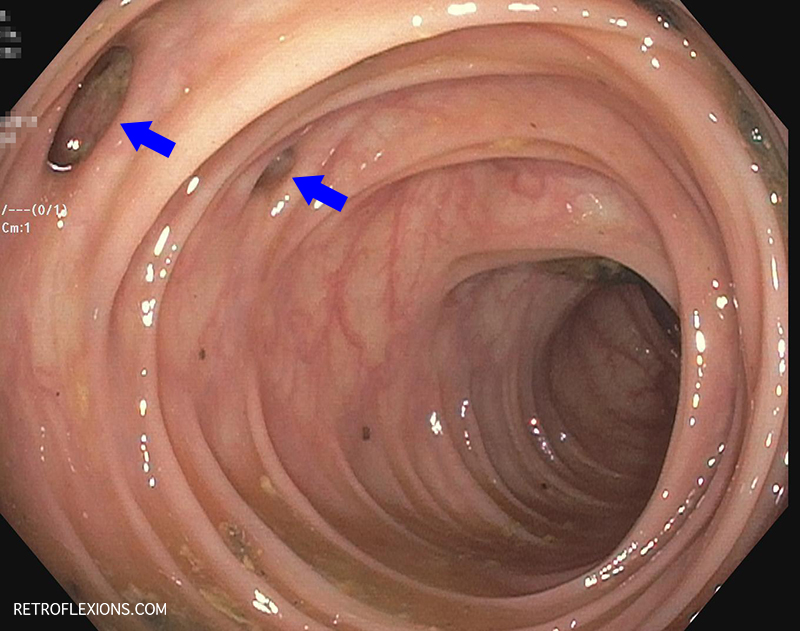 The blue arrows highlight small outpouchings in the colon wall, which are called diverticula.

Diet has long been implicated in the formation of these diverticula which can eventually become inflamed leading to diverticulitis (the condition of just having the pockets without an associated infection/inflammation is called diverticulosis). We know that diverticular disease is rare in countries where fiber intake is high, and we know that when populations change to a more westernized diet (poor in fiber/rich in protein, fat and processed sugars) the rate of diverticular disease rises accordingly. So if fiber is protective against developing diverticular disease in the first place, does it stand to reason that supplementing fiber when one already has diverticulosis will help prevent future complications?

The answer to the above question is unknown, but because fiber is a mostly harmless supplement and has other health benefits, we often recommend fiber supplementation to patients after they are diagnosed with diverticulosis or diverticulitis. But what about the common advice of avoiding seeds, nuts, corn, and popcorn that is readily doled out by some doctors and most family members/friends as soon as they hear the words diverticulosis or diverticulitis? One can reason that it makes common sense to try to avoid having sharp, hard, indigestible seeds getting stuck in a diverticulum and causing an abrasion or perforation which may lead to infection and other nastiness. But does this recommendation have any valid scientific reasoning behind it?

While I’m not sure when or where this recommendation started, it probably belongs more under the category of “old wives’ tale” rather than scientific fact. Let me explain my reasoning for this: 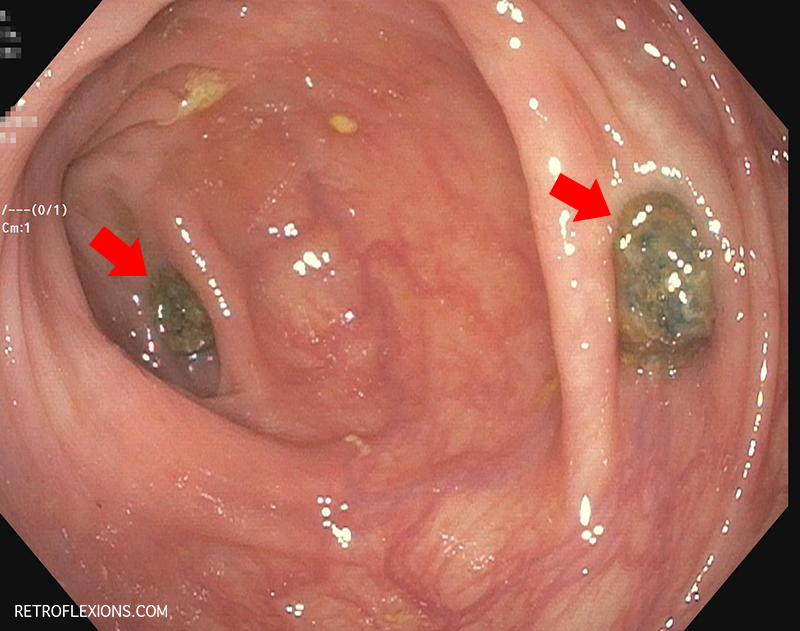 It is very commonly observed during colonoscopy that patients with diverticulosis are found to have a small ball of stool impacted in each and every diverticulum. Presumably, this is the natural state of affairs in the colon of the patient with diverticulosis. So if small hard pellets of stool (mostly composed of indigestible waste and bacterial mass) do not cause an infection, why would a small seed or nut cause a problem? Nevertheless, people still take great pains to avoid seeds, nuts, and corn, causing themselves a fair amount of grief when it comes to meal options. Is this all worth it?

I would reason that it is not necessary to avoid seed and nuts if you have diverticular disease. Probably the best evidence we have that seeds, nuts, corn, and popcorn do not cause complications in patients with diverticular disease comes from a study published in JAMA in 2008 showing that not only was intake of nuts, seeds, popcorn, and corn NOT associated with developing diverticulitis, but in fact the opposite was true. Eating more seeds, nuts, corn, and popcorn actually seemed to be associated with LESS of a chance of developing diverticulitis! These foods are thought to be somewhat anti-inflammatory, and therefore may protect against diverticulitis.

So what is the ideal diet to prevent development of diverticular disease? I think it is pretty obvious that a high-fiber diet is king in preventing the development of diverticulosis. But what if you are late to the high-fiber party but still want to make some changes to prevent that next attack of diverticulitis? Starting a high-fiber diet later in life may still help to reduce the progression of more diverticula, but unfortunately there is no way to reverse the existing diverticula (besides surgical resection of the diseased segment of colon). However, there are still diet changes you can make that might help.

It seems that diets high in red meat are also associated with the development of diverticulitis. This is independent of the effect of fiber, as red-meat eaters develop diverticulitis more often than their vegetarian counterparts even after controlling for fiber intake between the groups. What is more interesting is that researchers found that the recent diet for the past 1-4 years before developing diverticulitis seemed to shape the risk more than the lifelong diet habits. That means that changing to a high-fiber, low-red-meat diet now can still lessen your chance of developing diverticulitis in the near future. But look at the bright side–at least you can eat all the seeds, nuts, corn, and popcorn you want!

When all the tests are normal

2017 Wrap-Up: Thoughts on the past, present, and future of Retroflexions!