Surgery for large colonic polyps? Think twice before you cut. 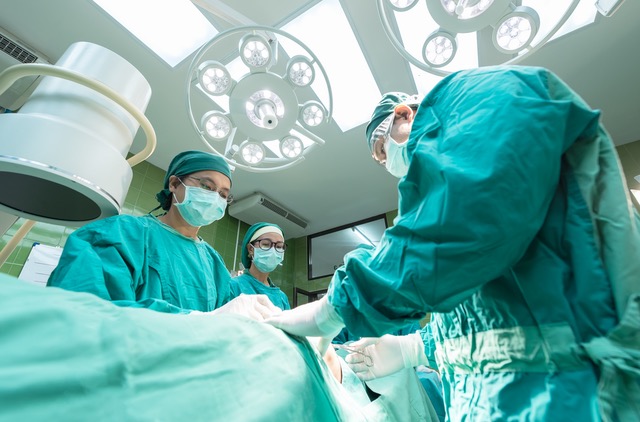 Large colonic polyps used to be managed by a surgeon, similar to how colon cancer is still managed…cut it out and hope for the best. However, it is clear that when possible, these large non-cancerous polyps are more safely removed using advanced endoscopic techniques, such as endoscopic mucosal resection (EMR). Despite excellent safety data on endoscopic removal of large polyps, there is still a reluctance by many physicians to send their patients for EMR. Why wouldn’t a fellow endoscopist sent their patients for a procedure that is as effective, safer, with no significant recovery time, and far less expensive when compared to surgery? I’m not entirely sure…maybe there is unfamiliarity with the technique among many physicians, or perhaps there is ignorance about the actual risks of surgery. Or maybe (just maybe) sending a patient for surgery is a gastroenterologists way of protecting his or her delicate ego…as in, “If I can’t remove it than it can’t be done by anyone with a scope!”

The truth is, it’s all about the positioning of the polyp. Is the polyp in a place that is able to be approached by the scope in the right position to facilitate removal? Sometimes the biggest polyps are easy to remove because they’re in an ideal location. Other times, a relatively small lesion proves impossible to remove because it is just at a bad angle and can’t be made better no matter how the endoscopist tries to reposition things.

Here is a recent case of a large polyp resected using standard EMR technique. As always, the patient should be followed up closely to make sure the resection was complete. 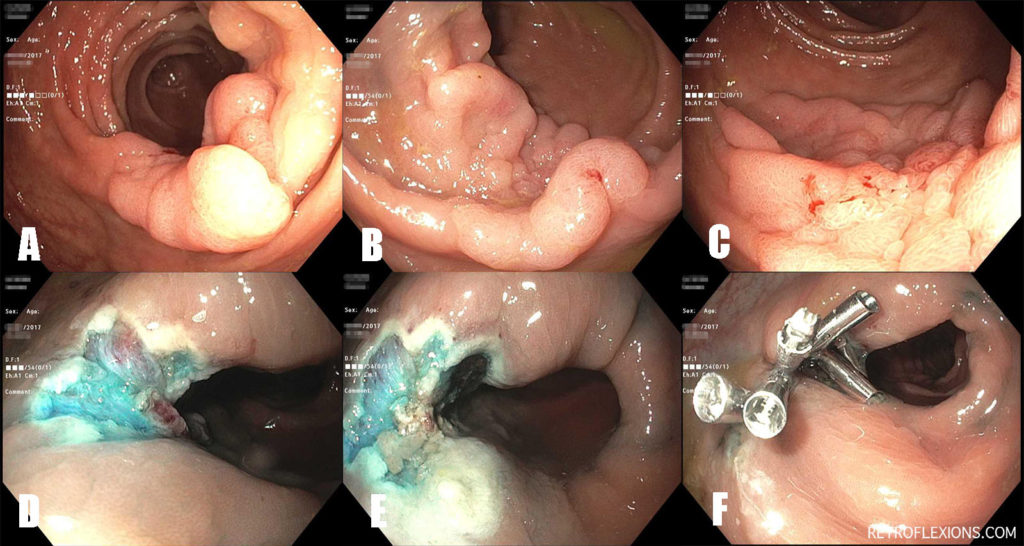 When compared to surgery, which carries a 14% risk of a major postoperative event (e.g.: need for colostomy, major infection, anastomotic leak, need for reoperation, cardiovascular event, blood clot, etc.) and a 1-in-140 risk of death in 30 days (which rises to 3% in the over-80 patient age group), endoscopic polypectomy is much safer. The most common risks of  endoscopic removal of large polyps includes bleeding (6.5%), perforation (1.5%), need for emergency surgery (1%), and a 1-in-1250 risk of death.