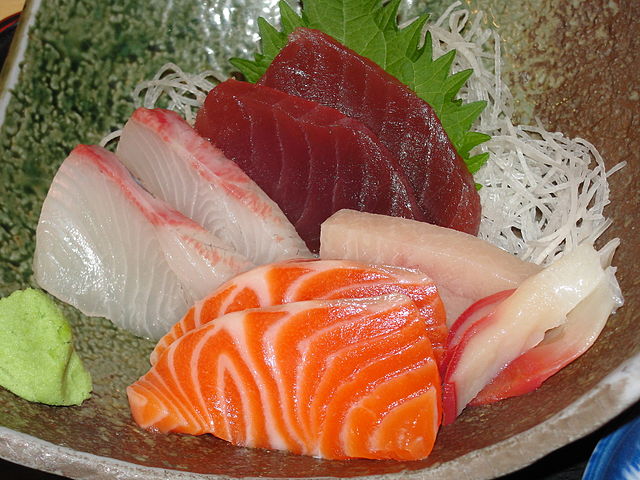 One of the most common questions I get asked by patients is “What should I eat to prevent [insert condition name here]?” This is a great question, however the sad fact is that there is a general lack of knowledge and a paucity of quality data in the field of nutrition and human disease. I am also the first to admit that our training as doctors of what nutritional strategies to recommend for certain conditions is woefully inadequate. Well, I got tired of giving patients generic dietary advice, so I’m doing some extra reading and now you can look forward to a bunch of posts about diet and nutrition in various GI diseases!

Crohn’s disease (CD) is a chronic inflammatory bowel disease that is usually characterized by intestinal ulceration, stricture or fistula formation, perforation, and many other serious gastrointestinal issues. The exact cause of CD is unknown, but Crohn’s is probably triggered by some interaction with the gut environment (microbiome), the outside environment (foods, infectious agents), and the immune system in a genetically-susceptible individual. Crohn’s disease is rare in certain parts of the world with diets that are different from our “western” diet of affluence, however rates are rising in countries that adopt the western diet. This makes it very likely that there is a dietary component to triggering or developing Crohn’s.

The remainder of this article will focus on the role of animal protein intake and the risk of developing Crohn’s disease.  There have been numerous small studies showing correlations between the amount of animal protein (namely red meat) consumed by a population, and the incidence of CD in that population.  In Japan, the normally low incidence of CD has increased along with an increase in animal protein and fat intake. However intake of fish protein seemed to have no effect on CD incidence. In twin studies, there is a higher rate of Crohn’s disease in the twin that recalled eating more processed meat. These are all interesting observations, but why would this make sense? 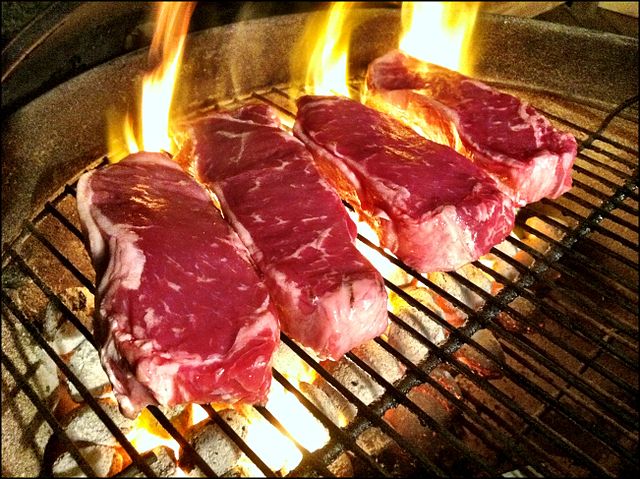 Although delicious, animal protein may be implicated in gut inflammation.

One theory is that red meat causes inflammation in the gut due to a high concentration of linoleic acid, an omega-6 polyunsaturated fatty acid. Omega-6 fatty acids are pro-inflammatory as they drive the formation of arachidonic acid, which in turn results in the production of inflammatory substances called prostaglandins and leukotrienes. Chronic inflammation in the gut may be a trigger for Crohn’s disease, or it may alter the microbiome-immune system interaction in a way that results in inflammatory bowel disease.

Fish, on the other hand, is rich in omega-3 fatty acids which are anti-inflammatory and drive production away from arachidonic acid, therefore reducing the amount of inflammatory prostaglandins in the tissues. That being said, in most studies the supplementation of fish oil in patients with inflammatory bowel disease did not seem to make any change in the risk of relapse. So perhaps eating whole fish is essential? Or maybe the effect is not due to the fish itself, but to some other related dietary or environmental factor? Currently these questions remain unanswered.

So what are some take home points about meat intake in Crohn’s disease?

So all this talk about red meat and fish, what about chicken? Well, I couldn’t find anything about chicken specifically, but it is still an animal protein, so everything in moderation…

What is the link between meat and cancer?