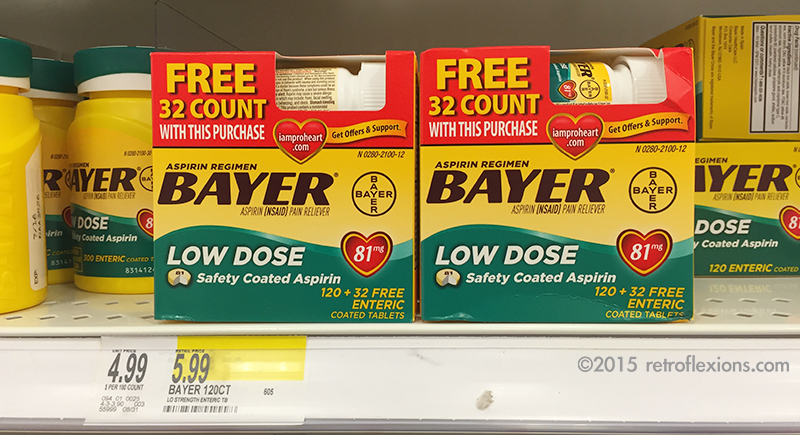 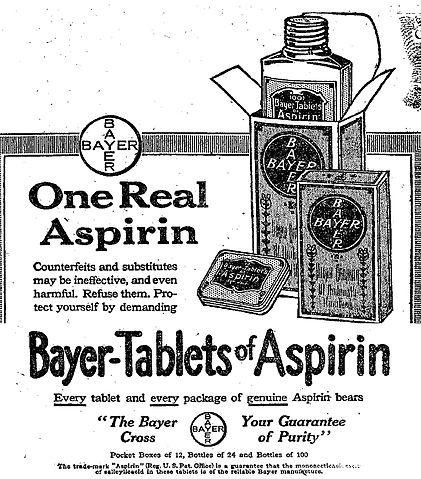 Aspirin has been around for a long time, yet we are still learning new things about it.  Once ingested, aspirin has many effects thoughout the body, and by now most people are familiar with the effect aspirin has on the platelets (bleeding).  A few other organs that aspirin affects are the kidneys (decreased blood flow), the central nervous system (fever reduction), and the gastrointestinal tract (bleeding ulcers).  Aspirin (acetylsalicylic acid, or ASA for short) falls into the category of drugs called non steroidal anti-inflammatory drugs (NSAIDs), and works by inhibiting an enzyme called cyclooxygenase (COX), which normally generates inflammatory substances (e.g., prostaglandin, prostacyclin, thromboxane).  Thus, aspirin is also a potent anti-inflammatory drug.

There has been considerable study into aspirin and related drugs for the prevention of certain cancers.  There is a strong inflammatory component to many types of cancer (on a cellular level) and chronic inflammation is thought to favor cancer formation.  So it makes sense that an anti-inflammatory substance such as aspirin may reduce inflammation and possibly cancer development also.

Well, what NSAID do people take all the time to prevent bad things from happening in the cardiovascular system? You guessed it, it’s baby aspirin! When people refer to baby aspirin, what they’re really talking about is “low-dose” aspirin, which is 81 mg daily (compared to “full-dose” aspirin at 325 mg daily).

In a recent case-control study out of Denmark, Friis et al. matched over 10,000 colon cancer patients with control patients, and tried to figure out how much aspirin or other NSAIDs people were taking.  This was possible due to the presence of a national cancer registry and national prescription database.  They found that taking low-dose aspirin for at least 5 years was associated with a 27% decrease in colon cancer risk.  There was no observed benefit for lesser durations of aspirin use, or with sporadic use.  Slow and steady is how it seems to work, which makes sense if we think about chronic inflammation and a slow, stepwise progression from cellular changes to polyp to big polyp to cancer.

So should everyone take baby aspirin to protect themselves from colon cancer? The short answer is no! This study, like others that came before it, has several important limitations.  As with any registry study, there are issues with what is actually in the database…is it accurate and complete? People who take aspirin and NSAIDs over-the-counter are not captured in the study.  People who fill prescriptions but do not take the drug are counted as aspirin-users.  People who die without a biopsy-proven diagnosis of colon cancer are not captured as cases (this was required in the study to improve validity, however in practice many cases of colon cancer are presumptively diagnosed on imaging with the patient being too elderly or frail to consider colonoscopy and biopsy).  Or, perhaps taking aspirin is just a surrogate marker for patients that follow their doctor’s orders and take better care of themselves in general!

When data are confusing and myriad, what is a good clinician to do? We go to the recommendations of major societies for guidance. Currently, the United States Preventive Services Task Force (USPSTF) just released new guidelines and now endorses the use of low-dose aspirin for primary prevention of colorectal cancer in people aged 50-59 years and with life expectancy of greater than 10 years.  This is somewhat of a curveball, given that the USPSTF is known as one of the more conservative guideline-generating bodies in the country.  For the record, the American Cancer Society recommends against aspirin for colorectal cancer prevention, and the American Gastroenterological Association does not recommend aspirin for routine prevention, but does endorse use of aspirin/NSAIDs for prevention in certain high-risk patients.

What is the take-home point? I would still caution against the routine use of aspirin in average-risk patients if the only goal is to prevent colon cancer.  The data does not support such a robust preventive effect of aspirin for this indication, and there already exists a better preventive strategy for patients aged 50 or older…it’s called colonoscopy! For patients already committed to taking baby aspirin for cardiac indications, such as the presence of a stent, congratulations: You are decreasing your risk of developing colon cancer also.

We haven’t really talked about the risks of aspirin use yet.  Very briefly, even a baby aspirin a day significantly increases the risk of gastrointestinal bleeding and ulcer disease, with gastric or duodenal ulcers found in 1 in 10 people taking low dose aspirin.  Additionally, there is a small but devastating risk of aspirin causing a hemorrhagic stroke.  These are not risks to be taken lightly if you can avoid them.  For reference, the risk of a major problem after colonoscopy is cited at less than 1 in 1,000 patients.