What is the link between meat and cancer? 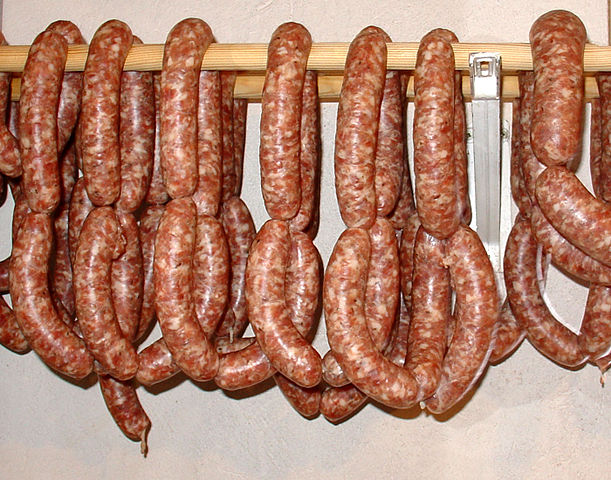 Let’s start with a few definitions, quoted from the WHO paper:

Processed meat: “meat that has been transformed through salting, curing, fermentation, smoking, or other processes to enhance flavour or improve preservation.” Examples: hot dogs, bacon, sausage.

The WHO states there is good evidence that regular consumption of processed meat can lead to an increased risk of cancer, specifically colon cancer. They cite an 18% increased risk with consumption of 50 grams per day (on average) of processed meat. In my completely unscientific research (using Jimmy Dean’s website), 50 grams is equal to about 2.5 small breakfast sausages, or about 9 slices of thin-sliced packaged bacon. Now we have to remember that the 18% increased risk they cite is a relative risk, not an absolute risk. Since the average lifetime risk of developing colon cancer is approximately 5%, if you eat lots of processed meat that risk will increase by 0.9% (5% x 18% increase), to about 5.9%. It’s a significant increase for sure, but not as bad as the 18% figure would make it sound!

Regarding processed meat, the largest association was seen with colon cancer, however there is also an increased risk of developing stomach cancer. The formation of N-nitroso-compounds and other nasty carcinogenic chemicals leads to damage of DNA in the form of mutations that lead to cancer. N-nitroso-compounds are the byproduct of the treatment of meats with nitrites as part of the processing. These compounds have been known to be carcinogenic for at least 50 years, and I remember learning about them over a decade ago in organic chemistry class!

Red meat was also found to increase the risk of colon cancer, as well as pancreatic cancer and prostate cancer. If that wasn’t bad enough, it turns out that grilling, frying, and other high-temperative cooking techniques also lead to the formation of more carcinogens called heterocyclic aromatic amines, and polycyclic aromatic hydrocarbons. 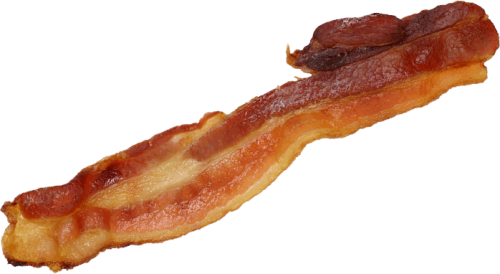 Bacon: It’s OK every once and a while!

So what does this all mean? Should you never eat red meat? Is this the end of the bacon cheeseburger? Of course not! When faced with information like this we really need to step back and look at the big picture. How much do you enjoy eating a juicy steak or a grilled hot dog on a warm summer day? What is the purpose of life? What is the lifetime mortality of someone who never eats red meat? (Hint: it’s 100%.) Let’s not forget that red meat is also an excellent source of protein, iron, B vitamins, and zinc…oh, and it tastes pretty good too!

For the record, sunlight is listed as a carcinogen. So is alcohol. So is Helicobacter pylori. Tobacco is an obvious carcinogen. The problem with these classification schemes is that there is no distinction between heavy-duty carcinogens (e.g., cigarette smoke, formaldehyde, Gamma rays) and anything else that is shown to increase the risk of developing cancer (e.g., red meat). For most people, some things are worth doing in moderation, even if they may increase the risk of a certain problem. While I would never apply that logic to smoking (which increases lung cancer risk by 2,500% (!) and contributes to 1 in 5 deaths overall), I would say that a little red meat or processed meat here and there is probably not a big deal.

In terms of cancer risk and general health, a small amount of processed meat once per week, or a small portion of red meat once or twice per week probably won’t hurt you too much. Whatever you do, just don’t eat bacon every day.  But if you still choose to do that, please make sure you go for a colonoscopy when you are supposed to!

WHO: Q+A on the carcinogenicity of the consumption of red meat and processed meat