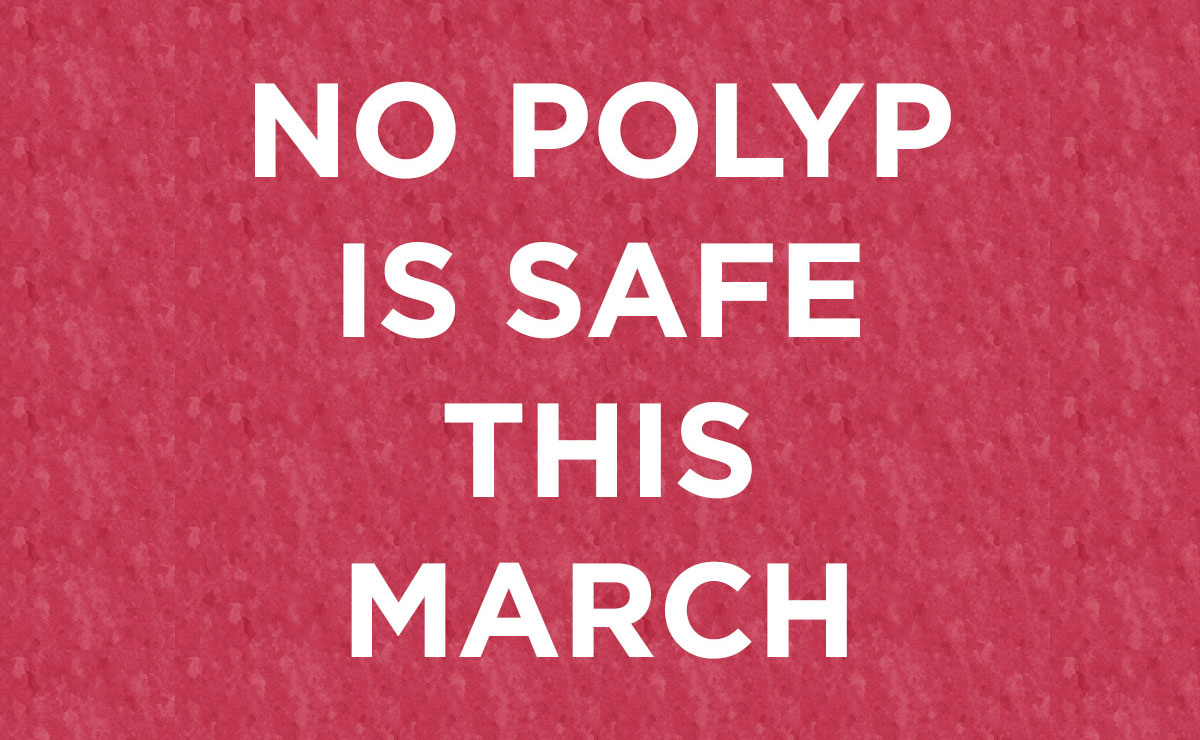 Colorectal Cancer Awareness Month continues on! However let’s face it, awareness by itself is not enough! To have an impact, we need to take action against colon cancer. Remember, many years before diagnosis, the small polyp that will eventually turn into colon cancer can be detected with a colonoscopy. These polyps cannot be allowed to survive! 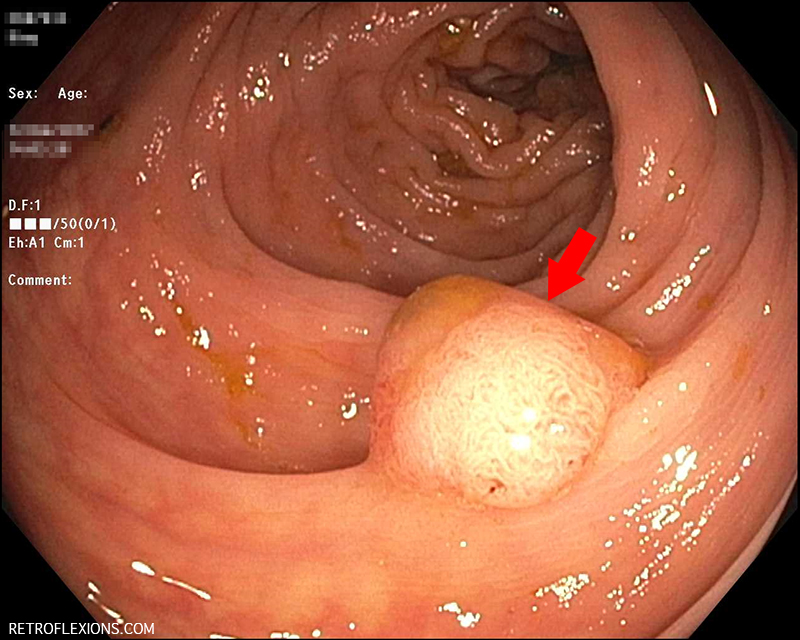 Above is an adenomatous polyp. (You may recognize this polyp from last week’s post.) In order to prevent this patient from developing colon cancer in the next few years, it needs to be removed. The safest and most effective way of removing a polyp like this is by injecting fluid underneath the polyp to lift it off the deeper layers of the colon wall. Then a device called a snare is used to capture the polyp and current is applied as the snare is closed—cutting the polyp off.

For this polyp, the blue stuff I used is a substance called Eleview. It’s a great alternative to the typical saline that is normally used for this purpose, as it forms a longer-lasting cushion and contains blue dye which makes it technically easier and safer to get a complete resection the first time around.

Top: Polyp base injected with Eleview. Middle: Large submucosal cushion of fluid lifts polyp away from muscle wall of colon. Bottom: After resection with a snare.

That’s the end of that polyp! Next, let’s look at a bigger one!

Top two images: Polyp on first inspection. After expanding the colon with gas insufflation it appears these are two separate polyps. Middle: After injection with Eleview (note the bleeding). Bottom two images: Red arrows show two distinct polyp bases. Final image is the appearance after removal of all visible polyp.

When I first saw this lesion, I thought it was already cancer. The lesion is large, bulky, and bled profusely with even gentle scope contact. On closer inspection however, this large growth is actually two separate polyps! Once the bases of the polyps were found, it was apparent that these could be removed using the scope.

Once again, Eleview was used to lift these lesions one at a time. The bases of these polyps were actually small relative to their large overall size. This makes the resection a little easier…always a good thing!

Do you have time for another? GOOD! This one was a broad-based polyp with an unusual shape. Do you think that will stop us? Watch this polyp become history!

Top: Unusual-shaped broad-based polyp. Middle images: Injecting with Eleview and resecting with a snare. (Note the red arrow-this is another polyp!) Bottom: After resection, the severed polyp is at the top of the frame.

So there we have it…it’s not just enough to be “aware of” colorectal cancer. Awareness is merely the first step in preventing cancer. We must also have the necessary tools, tactics, and training to take care of business when polyps rear their ugly head!