What is the “adenoma detection rate” and why should I care? 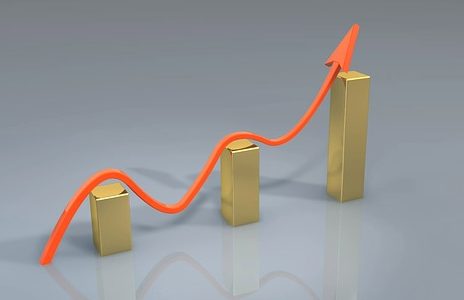 Removing polyps is the only way to prevent colon cancer before it starts.  That is the entire point of a screening colonoscopy.  Precancerous colon polyps (adenomas) are found in a large number of patients and there are usually no symptoms whatsoever.  Polyps don’t cause pain.  There is usually no significant bleeding, or at least not the kind of bleeding that a patient can see (the exception being large polyps in patients on blood thinners.) There is excellent data showing that the better the endoscopist is at finding adenomas during colonoscopy, the better protected the patient is from later developing colon cancer.  Doctors that find more precancerous polyps and then remove them are simply providing better patient care.  If a polyp is there hiding out in the colon, and missed on colonoscopy, then the protective effect of the procedure on reducing the development of colon cancer in the future is lost.

The adenoma detection rate (ADR) is currently the best “report card” for colonoscopy performance available.  To figure out the ADR, simply count up the number of screening colonoscopies done over some time period, and also figure out how many patients in that group had at least one adenoma found.  Divide the two numbers (patients with adenomas found/total procedures performed) and that is the adenoma detection rate (multiply by 100 to get the percent.)  So for example, if I performed 100 screening colonoscopies over some time period, and 42 patients out of that 100 had at least one adenoma, my ADR would be 42%.

The benchmark for adenoma detection rate was formerly suggested at 20%.  However, with more and more data coming out showing that the true prevalence of adenomatous polyps is much higher, it seems that 20% is setting the bar too low.  This year, a task force of all the large governing bodies in gastroenterology published new quality guidelines and (not surprisingly) the ADR was raised to ≥25% on average (men ≥30%, women ≥20%).  In my opinion, the ADR is the single most important number that can be used to describe the quality of an endoscopist’s performance in colonoscopy.  In fact, for each one percent increase in ADR, there is a three percent decrease in the development of colon cancer in the future! 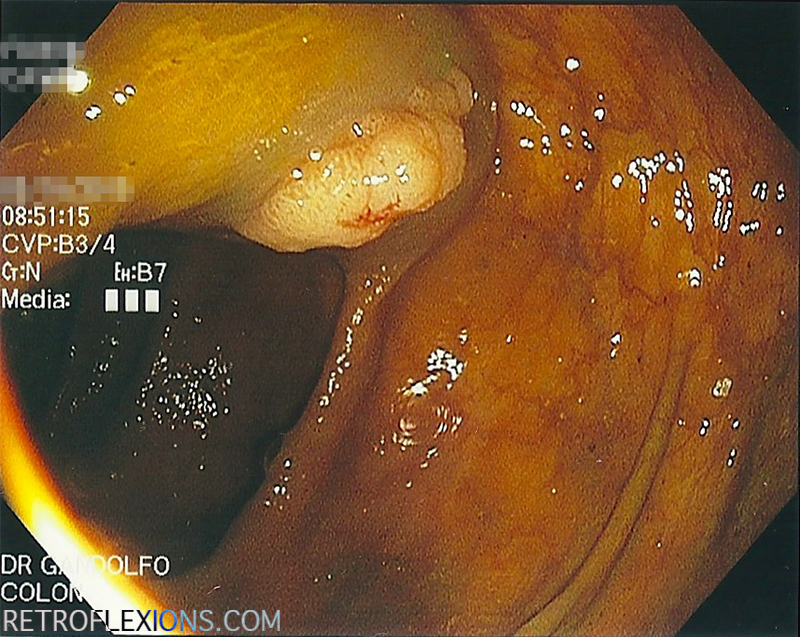 The polyp was injected with saline to make a cushion underneath to allow safer resection (white arrow shows the edge of the cushion).

After resection with snare electrocautery, the base of the polyp (red arrow) is free of any remaining tissue. This is considered a complete resection. The polyp is then retrieved and sent for testing.

As the concept of standardizing quality and using quality metrics (such as ADR) evolves and becomes more commonplace, I would bet that patients and referring physicians will start to pay attention to what these numbers mean.  All doctors that perform colonoscopy are not equally good at it.  All endoscopists should be measuring their own individual ADR, and working to push that number higher and higher.

And for patients, don’t be afraid to ask your doctor what his or her ADR is.  Not everyone currently measures their ADR, so don’t be totally alarmed if they’re not exactly sure.  They should at least know what the bare minimum is supposed to be (≥25%.)  Just hope you don’t get a confused look like “what’s an ADR?”

Cleaning out the colon, or tips on surviving the bowel prep.

Is coffee good for your liver?