Is your gas and bloating due to small intestinal bacterial overgrowth (SIBO)? 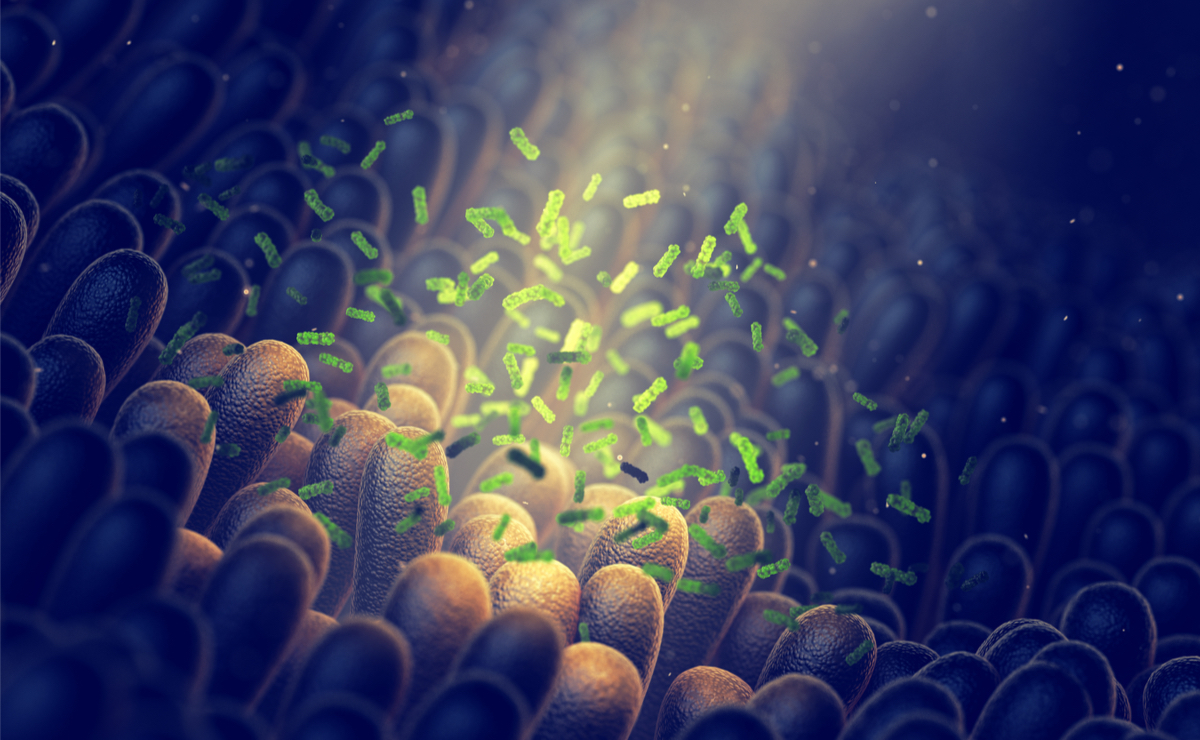 Excessive gas and abdominal bloating are two of the most common reasons why patients seek the help of a gastroenterologist. In fact, who hasn’t suffered from gas and bloating on occasion? Many times these symptoms are just normal unfortunate byproducts of digestion, and can be caused by eating high-fiber foods, or certain foods that are commonly associated with gas production (e.g., broccoli, beans, onions).

But what about when this excess gas and bloating is present all or most of the time? What about when you have associated symptoms of nausea, abdominal discomfort, diarrhea, and even fatigue and loss of concentration? Searching Google for these terms will bring up the following diseases as possibilities: irritable bowel syndrome (IBS), Crohn’s disease, ulcerative colitis, lactose intolerance, stomach ulcers, H. pylori infection, pancreatic cancer and several other types of cancer, parasites, Whipple disease, Giardiasis, depression, and about twelve other conditions that are either very common or very dangerous. The point is, these symptoms are both common and vague: That is, many different diseases can present with nausea, abdominal bloating, gas, and fatigue. One of these diseases is the condition known as small intestinal bacterial overgrowth (SIBO).

SIBO is defined as “a clinical syndrome of GI symptoms caused by the presence of excessive numbers of bacteria within the small intestine.” In layman’s terms, SIBO is when normal (or sometimes abnormal) bacteria that are usually found in the small intestine in low quantities are allowed to multiply and as a result cause distressing symptoms due to their metabolic activity in the small intestine. The small intestine is normally where the products of digestion of food are absorbed into the body. Instead with SIBO, the excess bacteria will feed on your nutrients, possibly causing malabsorption and/or the breakdown of the normal mucosal barrier of the bowel leading to inflammation or immune activation. This can cause the symptoms you may feel as bloating, distension, gas, pain, diarrhea, and “inflammation.”

Who is at risk for SIBO?

There is usually always an underlying cause of SIBO. That is, the normal healthy person who has no risk factors for SIBO usually doesn’t get it!

That being said, there are a host of conditions that put one at risk for developing SIBO. If you have one or more of these conditions, it may be worth considering SIBO as a possible cause of your bloating, gas, and other related symptoms:

What are the symptoms of SIBO?

The most common symptom of SIBO is bloating. Excess gas, flatulence, nausea, abdominal distension, cramping, pain, diarrhea, and even constipation have been attributed to SIBO. Other more systemic complaints such as fatigue, joint pains, loss of motivation, and poor concentration (so-called “brain fog”) are often attributed to SIBO but there is little actual evidence that SIBO causes these issues. That being said, it is hard to design a scientific study to evaluate the presence or absence of something as nebulous as “brain fog.”

In severe cases of SIBO, patients can develop steatorrhea (greasy stools that cling to the toilet bowl, a sign of fat malabsorption), weight loss, anemia, and deficiencies in vitamin B12, iron, and fat soluble vitamins such as vitamin D.

How do you test for SIBO?

The most practical way to test for SIBO is by performing a hydrogen breath test. This test is easy, noninvasive, and widely available. The basic idea is that human cells do not produce hydrogen, while bacterial cells do. If you feed sugar or other substances to gut bacteria, hydrogen is produced and diffuses into the blood stream and is exhaled in the breath. Since the small intestine usually should have a very low concentration of bacteria, drinking sugar water should not produce much hydrogen from the small bowel. If some of this sugar gets to the large intestine, which is replete with bacteria, then large amounts of hydrogen are normally produced.

By giving some sugar or other substance (usually lactulose) to a person, and taking serial breath hydrogen samples over the course of a few hours, we can determine if there is a significant small bowel bacterial load based on the hydrogen response. If there is no increase in breath hydrogen measured by 90 minutes after drinking the sugar water, then there is no SIBO. That is unless the patient is producing methane!

Methane is another volatile gas that is produced by certain gut organisms called methanogenic archaea (technically different from bacteria). In the minority of patients with SIBO, the hydrogen that the excess small bowel bacteria produce is rapidly converted into methane by these methanogenic gut organisms, and therefore there is no elevation in the exhaled hydrogen (because it’s all used up by the bacteria), which leads to a false-negative hydrogen breath test for SIBO. To avoid this issue, there also exists a breath test for methane. This will eliminate the issues of missing patients with SIBO who produce methane instead of hydrogen. However, the cost of the equipment to measure methane is somewhat prohibitive, and therefore the methane breath test is less widely-available than the hydrogen breath test.

Breath testing is by no means a perfect test however. There are many ways that a breath test can give a false-positive and a false-negative result. That being said, breath tests are the most convenient way to currently diagnose SIBO, outside of invasive procedures done mainly for research studies.

What is the treatment for SIBO?

The treatment for SIBO usually involves taking antibiotics to reduce the number of bacteria in the small bowel. There are many different antibiotic regimens that work, although most of the studies done on antibiotic use in SIBO are small and of low quality. Typical antibiotics used to treat SIBO are rifaximin (Xifaxan), amoxicillin-clavulanic acid (Augmentin), ciprofloxacin (Cipro), metronidazole (Flagyl), neomycin, doxycycline, and many others.

Is there a diet to treat or prevent SIBO?

This is one of the most common questions asked by patients with SIBO, and the answer is both yes and no! I say this because there are some dietary manipulations that may help reduce the risk of developing SIBO again, or may treat SIBO that is already present, but for the most part there is limited data to guide us and there is no clear best diet for SIBO supported by the research at this time.

The current thought process in using diet to treat SIBO is to reduce the intake of fermentable foods, such as eating a relatively low-fiber diet, avoiding artificial sweeteners such as sucralose (Splenda), and avoiding sugar alcohols such as sorbitol, xylitol, isomalt, and others. Also, reduce intake of foods rich in the prebiotic inulin, which is found in beets, onions, garlic, asparagus, leeks, and other foods. These suggestions may sound familiar: That’s because they’re also part of the low FODMAP diet, which is popularly used to treat irritable bowel syndrome. If you are going to take this dietary manipulation seriously, it is a good idea to consult with a licensed dietitian to understand what foods fit into the low FODMAP category, as the diet can get somewhat restrictive.

Furthermore, most high-fiber and fermentable foods are considered to be healthy overall. So it is probably not great to eat a low-fiber diet indefinitely. If poor diet is part of the reason that you have developed SIBO, after cutting out processed foods, artificial sweeteners, and high-fiber fermentable foods, and after treating the SIBO, it is worth slowly reintroducing natural sources of plant fiber back into the diet as soon as possible. Again, this may best be accomplished by consulting with a dietician.

Although there is no research that I am aware of on this topic, the intermittent fasting approach to eating may also be beneficial in preventing SIBO. It turns out that our gut has a separate neurologic control center responsible for coordinating our digestive processes and interfacing with our brain, called the enteric nervous system. One function of the enteric nervous system is to generate the migrating motor complex (MMC) which is a natural coordinated contraction of the entire GI tract that begins in the stomach and propagates down the small bowel and through the colon, essentially pushing any undigested debris down the digestive tract and into the colon. There are three phases of the MMC, and the third phase is when strong contractions completely sweep down the lumen of the gut in one direction, like people doing the wave in a crowded baseball stadium. This is one of the protective housekeeping functions of the gut, and may act to prevent stasis in the gut and therefore reduce the risk of developing SIBO.

But there is one catch about the migrating motor complex…it only happens between meals when we are fasting. In the fed state (after a meal), the gut is preoccupied with digestion and it’s not the time to perform housekeeping. After digestion is complete, it takes about 1.5-2 hours for a full MMC cycle to occur, with the cleansing phase III cycle only lasting for about 5-10 minutes. So it stands to reason that the more time spent in prolonged fasting, the more cleansing phase III cycles will occur. Intermittent fasting is a way of eating that promotes long periods of fasting and can be done many different ways. The easiest way to start is just to enforce a 12 hour fast period each day (for example, no food intake from 8 PM to 8 AM). If that is easy (it should be), then you can do a 16 hour fast each night, eating your last meal before 8 PM and not eating the next day until noon. Intermittent fasting promotes several metabolic pathways of cellular cleansing, while also pushing all that debris out of the gut with MMC phase III contractions!

Should I take probiotics if I have SIBO?

The short answer is NO. The longer answer is that there are many low-quality studies showing both improvement and worsening in SIBO from probiotic use. There is no good evidence that probiotics help much in SIBO, but we do know that introducing even more bacteria into the gut with probiotics can actually cause SIBO. My advice is usually to stop taking probiotics if you have SIBO or similar symptoms.

Magical things happen when you start taking care of your body!